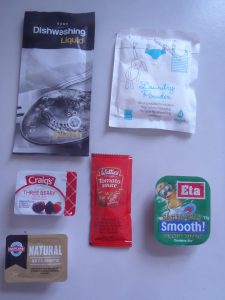 Who would have thought that sachets and sauce could create so much excitement? If you had told me a year ago that finding a little portion of three berry jam for 30 cents at the supermarket would make my day , it’s unlikely I would have believed you. But when you’re a backpacker, the last thing you want to do is add a jar of jam, a bottle of ketchup and a family size box of washing powder to a stripy suitcase that’s already bursting at the seams. I did take a packet of butter on an eight day adventure, it travelled on seven buses, lived in five fridges and spent two days kayaking the Doubtful Sound with me, before being given a permanent home in my friend Helen’s fridge.